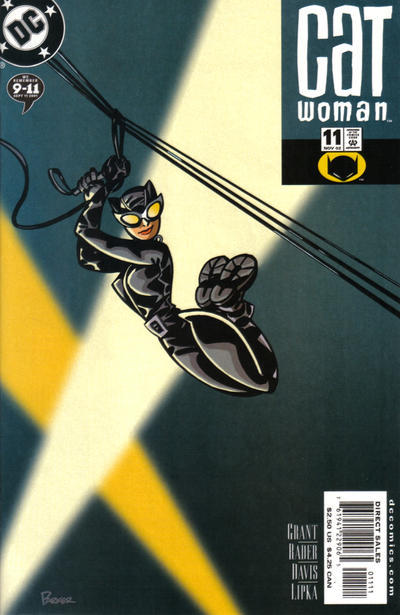 Lady Mob boss Tiglon has set a trap for Catwoman. Using a cat-themed emerald as bait, and holding Selina’s friend Agent Roark hostage, Tiglon seeks revenge on the Feline Fatale for robbing her all those times. 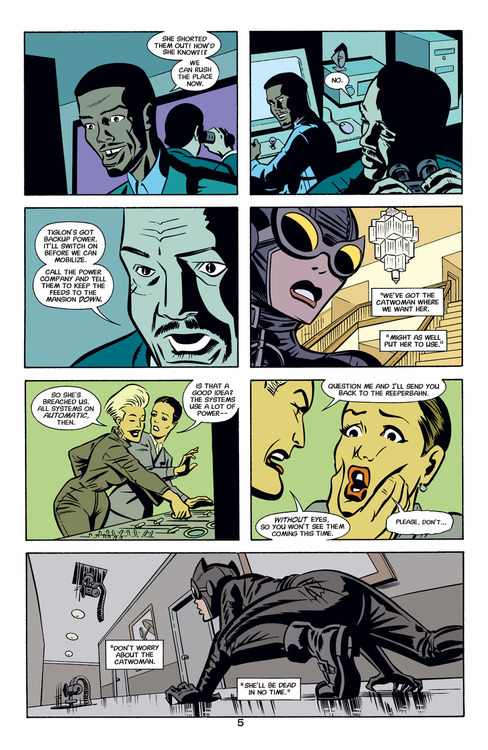 The cops wait outside to try to nab both parties. Catwoman effortlessly evades all of Tiglon’s traps, throwing her endless amounts of shade when the two finally confront each other. 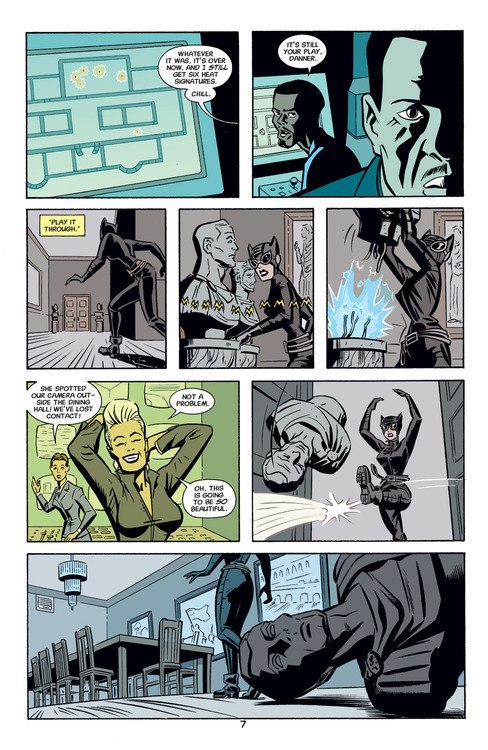 Selina, cool as a cucumber, mindfucks Tiglon and then mindfucks a cop, resulting in his resignation from the force.

I love this issue. But I didn’t exactly “keep” it. I bought digital copies of this series on Comixology when they went on sale. And it is just fantastic. It’s wonderful. Far too often, Catwoman is reduced to just her tits and ass, but this series (and this issue is a stellar example) examines all of the other elements of Selina’s character that make her one bitchin’ badass. All of this from a stand-alone, filler issue that was released to give the regular creative team a break! Just imagine how good the regular Ed Brubaker issues are!

I read this issue on my tablet on the road to Washington DC with my boyfriend. It was my time visiting DC. I was supposed to drive myself and meet my boyfriend, but it appeared that we would have to reschedule the trip due to a “level 3” snow emergency.

Instead, my boyfriend, with his powerful SUV, decided to drive nearly 400 miles out of his way to pick me up in Ohio and then take me to DC. The trip ended up working a lot better this way, it was a far more enjoyable ride being together, and we only had one vehicle to worry about. We also encountered some snowstorms on the way there, which have petrified me in my Honda Civic, so I was comforted to be in a larger sports utility vehicle.

DC was a breathtaking place to visit, and one of the most inexpensive places I can think of to have a vacation (90% of the shit worth seeing there is free!). The weather held out for us upon arrival, not a flake of snow with moderate temperatures, and we held hands while walking the National Mall.