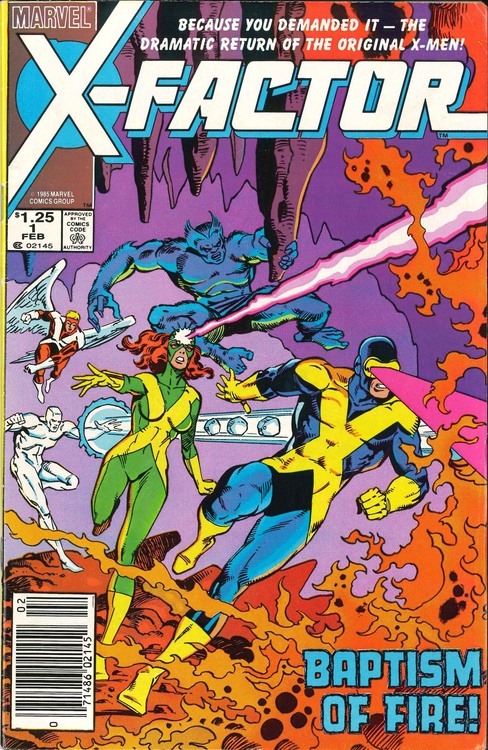 Pretending to aggressively respond to the mutant threat, therefore fighting fire with fire, X-Factor is, secretly, Cyclops’ way of helping mutantkind, by getting to new mutants first and offering them assistance. Also, Jean Grey was dead but gets better in this issue. Cyclops leaves his current wife to runaway to see Jean, who is now mutant power-less with his own eye. 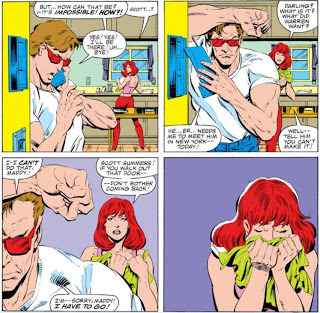 I kept it because it’s a #1, and those are always worth a fortune…right? I probably shouldn’t have kept it though, because I hate it. The original X-Factor was an interesting idea, bringing back the old team, but the “old team” means that Jean Grey is there and I hate her. Despite my name sake, I hate her. At least, I hate her alive.

It’s similar to how I feel about Norman Osborn. Jean Grey is a far superior character, she has more impact and is more interesting, when she’s dead. When she was resurrected in this issue, it just…it took so much away. Not to mention the mass of confusion it created by retconning the Phoenix Saga. Okay, so, now the Phoenix was a completely separate entity that simply duplicated Jean and kept the original Jean in stasis? Okay, so if Jean was not the Phoenix, why was she just recently put on trial for Phoenix’s crimes? Why has the Phoenix been shown to be possessing people willy-nilly since Jean died, even though Jean herself was never possessed? I don’t know…the Phoenix thing is a mess. It began as just the ultimate peak of Jean’s mutant power manifesting itself, but since they introduced the whole cosmic thing it’s become so blah, though I seem to be one of the few who thinks so. And so much of the mess started right here with this issue.

I was a pretty awkward kid. I was a late bloomer in many respects. I’m not saying I’m not still awkward, but now I use it to my advantage. I’m “quirky” now.

I found this issue at a comic shop in Hilliard, OH. It was called Shock Comics or something. My mom had taken me there to buy some comics with money from my grandmother. I was getting older, and my mom decided that it was time for me to learn how to purchase things for myself.

I remember there was an Asian dude at the counter. My mom told me to go up to the counter and pay for this comic. But I wasn’t good at counting money. I also wasn’t good at talking to people. I quivered with nervousness. I sweated with embarrassment. I opened my mouth to tell him what I wanted, but all that came out were squeaks. That’s how pathetic I was; the simplest of tasks, and I turned into a jittery wreck of a child.

Fortunately the clerk was compassionate and gently took my money, rang out X-Factor #1 at $5 or something, and gave me the change. My grandmother and I practiced buying things after that, so I wound with more comics from her. It was practice. Practice, I swear.

Condition of My Copy: A little awkward.