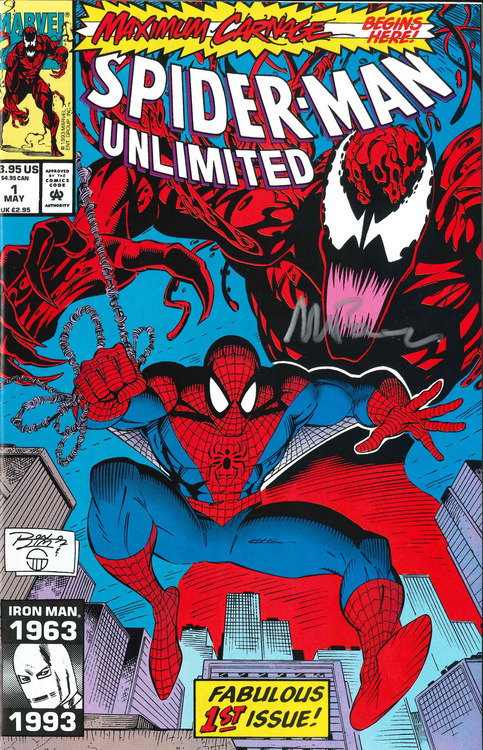 OMG OMG OMG OMG OMG I love this issue! This is one of my favorite issue! Carnage, his mutated symbiote residing in his blood, manages to break free from Ravencroft, decides that not nearly enough people are being murdered, and swings into the city. He makes a couple of friends in the forms of fellow mental patient Shriek and the Spidey Doppleganger who was left behind after the previous, big, company crossover. Spidey and Venom learn of Carnage’s escape independently and vow to pursue him, kicking off the “Maximum Carnage” event that resulted in disappointment.

This issue also has a couple of sweet back up stories.

I was playing the video game version at the time, and the opening sequence from that game was pulled directly from this comic. I love the very concept of Carnage. I like him even better than Venom. Having a doctor prick him with a needle, thereby unleashing his symbiote, which is his blood itself, was a nice touch. The characterization of Carnage was dead-on in this issue (ha!), especially considering his dialogue (“Baby makes three”).

It doesn’t quite stand the test of time, but I still dig it. If you don’t remember “Maximum Carnage”, you’re either too young or too old. 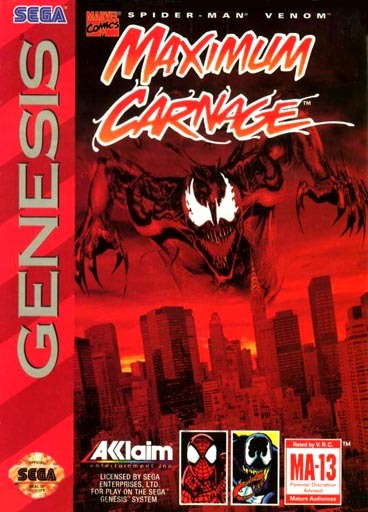 I was secretly reading this issue in Ms. A——-’s middle school math class, and the bitch took it away from me and called me a “dummy” in front of all the other kids! I hate math. I have always hated math. Math is the language of the devil, if you ask me, which no one ever did.

Anyway, Ms. A——- also had a very apparent crush on the high school cross country coach, and the rumors were always flying amongst the youth about how she enjoyed having her bigg’ns motorboated.

As the year went on, Ms. A—— eventually warmed up to me, once she saw me genuinely try (and still fail) at math. But I’ll never forget how she humiliated me for absolutely no reason at all and how I didn’t at all deserve it. Oh, shut up!