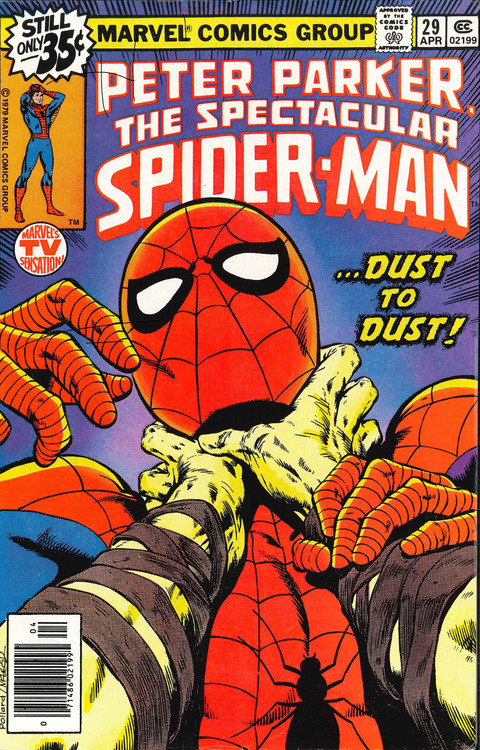 Peter should be enjoying college life, instead he’s being attacked by a zombified villain with a decaying touch. Why is said zombified villain attacking? Because he blames Peter for the deaths of Gwen Stacey and Miles Warren! Oh shit! Also, White Tiger is hanging around for some reason.

I first encountered the character of Carrion in the Maximum Carnage video game for Sega Genesis. Yeah, you remember. I know you do, you can’t fool me. I later encountered him in the actual “Maximum Carnage” comic story.

I was always fascinated by Carrion, but found him to be not all that interesting in this issue or the one before it. The real reason I kept this issue is because I TOTALLY HAVE A SHIRT FROM BUCKLE WITH THIS COVER ON IT!

Every time I look at this issue, I think of that shirt. My friend Zach and I were at a Buckle store at a fancy mall here in Ohio called Easton.

Zach dragged me into Buckle and insisted I buy a shirt. It pissed him off that all I wore were comic book t-shirts. Buckle was not at all my kind of place; it was high priced, and I had no sense of what looked good and what didn’t.

I made my way to the clearance rack and OMG there it was! I couldn’t believe it! A comic book shirt! A Spider-Man shirt! A cover image from a comic I owned! And it was bedazzled, because, despite not being out, I was totally gay! This was nerdy gay!

Zach just shook his head, feeling defeated, as I made an ecstatic commotion and bought the shirt. It’s lost a lot of its bedazzlement, but I still wear it often. 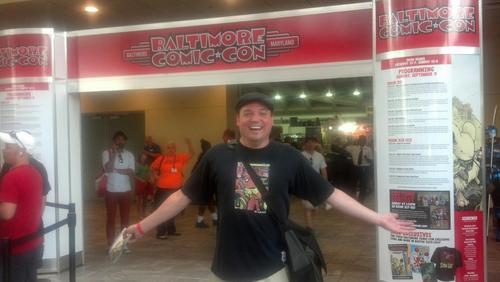 Condition of My Copy: Bedazzled!