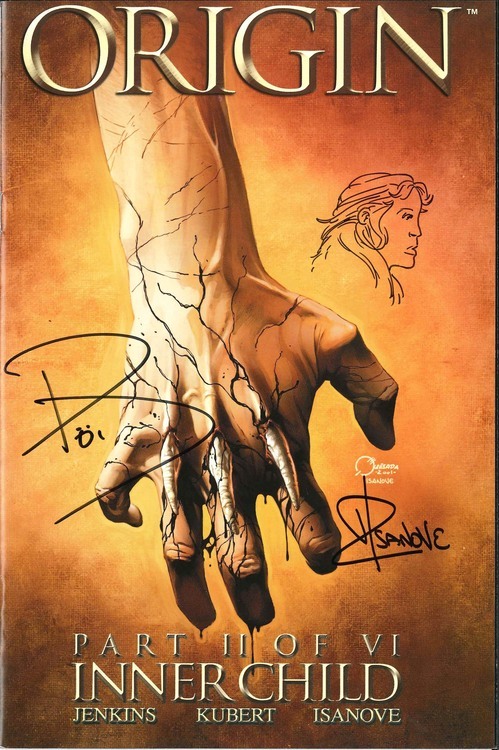 After many shady years of ambiguity, Wolverine’s past is finally revealed! This issue pulls the unexpected regarding Wolverine’s identity, and the moment when he first pops his claws has become iconic…I think. 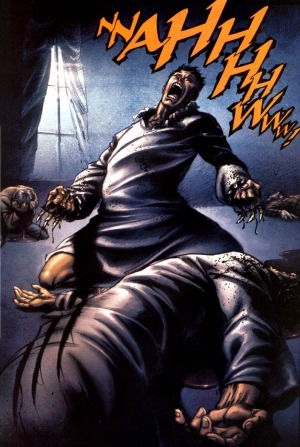 Oh shit, did I just spoil it for you?

Of course, this was already spoiled if you watched the god awful X-Men Origins: Wolverine movie, but whatyagonnado? Not to mention this comic is over a decade old, so spoilers be damned! A sequel series to this story is currently happening, like, right now.

Yeah, this miniseries was kind of a let-down and didn’t go nearly far enough, but the first couple of issues I actually enjoyed. I enjoyed the surprise of learning that sickly little James was actually the one who would become the Canucklehead who likes to stab people we know and love. But mostly I kept this issue because, you know, it’s autographed, and why break up the series?

This issue was distributed my first year of college, and I read it instead of working on my first major school assignment that was due the next morning. I was in one of those introductory courses that every freshman has to take. The instructor of the course was a flakey loon (often talking about her sexual encounters with Stephen King, the truthfulness of which were dubious at best), and she was easy to manipulate; all one had to do was feed her ego with assertions of how smart and worldly she was, and one became a favorite in class.

Oh yeah, I did that. I stuffed her ego full, hardcore. I began doing it first day of class. So, when I read this (and several other) comic books instead of writing the aforementioned paper, I wasn’t too worried. I spent the last half hour before I went to sleep (3:00am) typing up a B.S. “research” paper comparing and contrasting Batman and Sherlock Holmes using bogus citations. I threw some comparisons of Wolverine to Mr. Hyde for good measure. Also with bogus citations. Naturally.

She obviously never followed through researching my research like she said she would. She gave me a 100% on the paper with an enthusiastic comment of how “bright” and “talented” I was, which was ridiculous, because, if you follow this blog, you know I’m neither bright nor talented.  Yes, I am fishing for compliments. Is it working?

Condition of My Copy: It’s autographed by the writer and the colorist, Richard Isanove, who sketched me a little Rose head there on the cover! Not sure why he sketched me Rose and not…I don’t know…ANY OTHER CHARACTER, but that makes me sound like an ingrate.