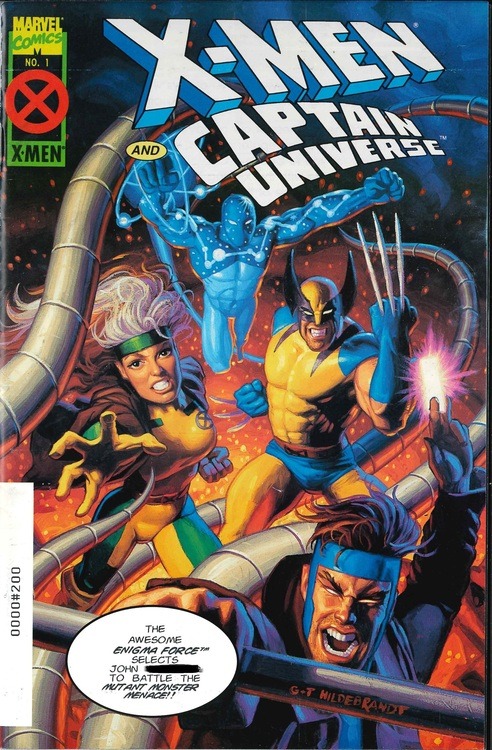 Me, CAPTAIN UNIVERSE! The X-Men team with the new (and very temporary) Captain Universe to battle a monstrous threat. I use my super cosmic powers to help innocent people who are being turned into monsters, all while teaching Gambit to have a heart. 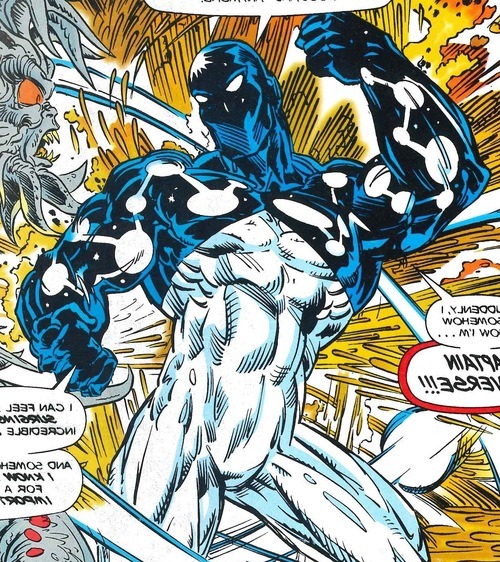 This was a special offer from Marvel. All you had to do was fill out the form and mail it in with your payment, and BAMF you’re in an X-Men comic. They had a male version and a female version, and they would simply insert your name and info where needed. If I could do it all over again, I totally would have chosen the female version because shut up.

There’s currently a new Captain Universe in Jonathan Hickman’s Avengers book right now, and I often find myself saying as I read, “I had the title before you, bitch!”

I would be a much more reliable Captain Universe. Are you listening, Jonathan Hickman?

Um, because, duh, I’m in it! It was a gift! It is loaded with memories! I will hopefully keep it until the day I die!

Look! I’m in a comic book! Okay, so I blotted out my old name on it (because it’s none of your damn business, that’s why!), but, trust me, it is my name in this comic book. It’s not because I’m super awesome and impressed some Marvel editor…naw, this was just a mail-in offer.

When I was a little kid, I didn’t have many friends. People thought I was weird, and I was. My social skills didn’t develop until later, arguably. When I saw an advertisement to send away and have this comic book made starring me as the incredible Captain Universe, I had to fill out some information. One of the pieces of information, along with the basics of “your name” and “gender”, was “Who is your best friend”?

Shit. I didn’t have one. I had a friend named Cory for a while, but we drifted apart because he became friends with more popular kids, and I may have had a pants-wetting problem at the time (that’s a memory for later, if you’re foolish enough to follow this Tumblr). So, I had no idea who to put down as my best friend to be included inside this comic book.

We did have a Cocker Spaniel named Brandee, though, and I decided that she was the closest thing I had to a bestie. So, I wrote her name in, and this was sent away in time for my birthday. When it finally arrived in the mail, fully completed in all its glory, it was so exciting to have adventures as Captain Universe with the X-Men and my best friend…the dog.

This comic makes me happy and sad to look at. On one hand, it was a wonderful gift, one that I am very grateful for, and it was total wish fulfillment. On the other hand, it reminds me how lonely I was at this time in my life. Don’t get me wrong, Brandee was a great dog, but it would have been nice to be able to include another person on this adventure.

Thank goodness now I have more friends than I can shake a collapsible bo at! Honest, I do.

Condition of My Copy: This thing has been loved for many years now. It wasn’t exactly the best quality of paper and ink, seeing as how they had to customize each on printed, so it is covered in rips, smudges, and fingerprints. But it is oh so precious. I still have the poster that came with it, which is just screaming to be framed.