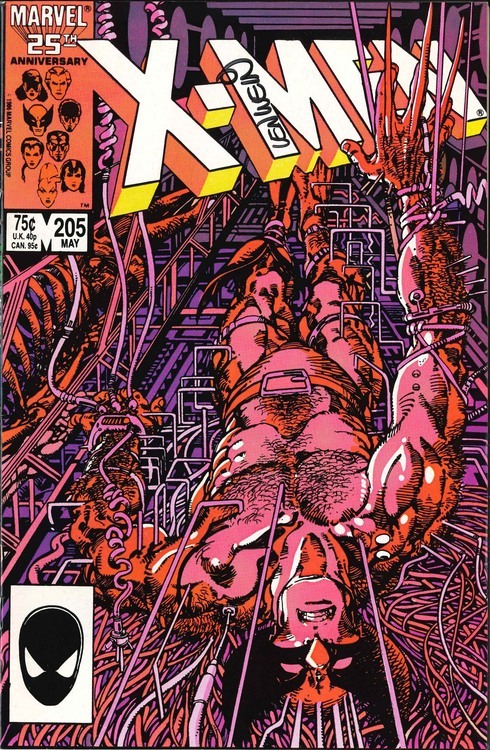 That One Time I Was Rude to the Co-Creator of Wolverine:

When we’re young, sometimes we can be insensitive. Sometimes even rude. Sometimes, we wish we could go back and change things. This is one of those times.

Though I was an avid comic reader, I paid very little attention to the creators of the stories when I was a teenager and even into early adulthood. Unlike now, when I will follow certain writers or artists, or I am sure to note who created issues I enjoy, in my younger days I simply followed characters. I read X-Men and Spider-Man books no matter who was working on them. Because of this, I am ashamed to admit, I didn’t know who Len Wein was.

When I went to my first comic book convention here in Ohio, I was a disorganized mess. I didn’t research who as going to be there or get my books ready ahead of time, I didn’t follow proper convention etiquette…I displayed no common sense, whatsoever.

So when someone told me that Len Wein was at the convention, I asked, “Who?”

“Len Wein,” the fellow explained, “the creator of Wolverine. You said you like X-Men. He’s right over there.”

So, I hopped in Len Wein’s line, young and ignorant as I was, thinking that just any ol’ Wolverine book would be perfectly appropriate to ask him to sign, paying no mind as to whether or not it was something he had actually written.

At this time, Origin (AKA Wolverine: Origin) by Paul Jenkins had just been released, finally establishing the long, mysterious past of Wolverine in an official capacity. And this was what I had in my hands for Len Wein to sign, not bothering to research if it was something he had any input in or was directly connected to. I just knew it was Wolverine.

When it was my turn, I handed him my copies of Origin and he backed his hands away and said politely, “I’m sorry, I won’t sign those. Do you have something else?”

Now, that mistake of mine could have been forgiven. But what I did next, ladies and gentlemen, was just rude on my part. I asked, “Why?”

The real answer was, “None of your damn business. Who do you think you are?” but that’s not what Mr. Wein said. Instead, he graciously stated, “It is nothing against the book itself or its creators, I just won’t sign it. Please, do you have something else? There is a line behind you.”

I felt immediately ashamed of my presumptuous question and for holding up the line, realizing how disgraceful I was behaving. I, instead, quickly handed him this comic, an issue of X-Men that I just happened to have in my backpack that featured Wolverine and Lady Deathstrike.

Mr. Wein said cordially, “Oh, thank you, this is much better. I was involved in the X-Men cartoon and they adapted parts of this story,” and he signed it. I thanked him and moved out of the way.

I am now more focused on the creators of comics I enjoy. I also follow rules so as not to embarrass myself in front of a creator again (even though, goddamnit, it still happens, but those are memories that will show up later on this Tumblr).

1) I always research which creators will be at a convention before going, and prepare appropriately.

2) I never ask a creator to sign something that they didn’t fucking create. I mean, Jesus, Phoenix, seriously…

3) I do not ask intrusive questions of the creators. I tell them that I enjoy their work, thank them, and move on, so I don’t hold up the line.

This memory is actually a multi-parter, because I have encountered Len Wein multiple times since, and he has autographed some treasures, so stay tuned.

In this issue, which was not at all written by Len Wein, Wolverine is attacked by Lady Deathstrike and her new cybernetic companions during the Christmas shopping season, making them the second or third most dangerous thing Wolverine could have faced that day.

Condition of My Copy: It reeks of shame, but is otherwise pretty darn good.