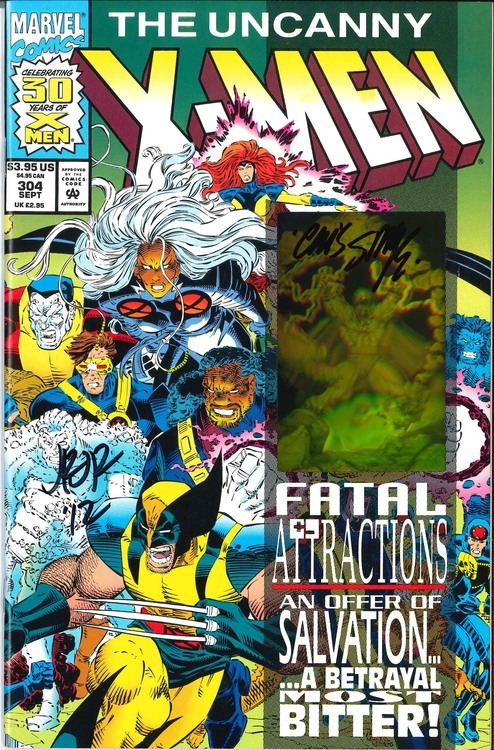 Oh yeah, this issue was, like, a totally big deal, and I read it as a tween the same day that I saw Jurassic Park for the first time.

That movie is my entire memory for this entry. I mean…it was the Star Wars of my generation! My mother took me to see it, and I still recall that feeling of overwhelming awe at the special effects. I had seen nothing like it, and, for the first time, dinosaurs had become alive on screen. I was on the edge of my seat in suspense; my ass jumping out of the theater chair from surprise, my heart racing.

I have always loved dinosaurs, but that film has, honestly, not been surprassed as far “take my breath away” creature visuals by anything since. It was a game-changer of a movie, and special-effects movies have been influenced by it since, whether they admit it or not. I had been raised in a world of rubber suits, cheap animatronics, and rubbery stop-motion animation trying to convince me that dinosaurs could be real. But this was the movie that made “CGI” a household term, and you will never convince me that any film will do it better than this. You hear me? NEVER! No, eat shit, Matrix and Avatar, I said NEVER!

Jurassic Park rekindled my love of thunder lizards as a youth, just as my recent trip to the Smithsonian Natural History Museum in Washington DC with my boyfriend has rekindled my love for them as an adult. Now, give me dinosaur bedsheets and curtains for which to decorate my apartment.

Oh, you don’t know? This issue has a hologram, so it must be priceless! In this ish, Magneto crashes the funeral of Colossus’ little sister Illyana (she gets better) and monologues. Then Colossus leaves the X-Men and joins Magneto to go be a bad guy (it didn’t stick), kicking off the storyarc which was called "Fatal Attractions" for some reason. Probably because it refers to magnets.

Artists: John Romita Jr, Chris Sprouse…there are a lot, okay? I’m not typing them all.

Condition of My Copy: Signed by two of the pencillers, John Romita Jr and Chris Sprouse at two different conventions. Sprouse signed it right on the hologram. RIGHT ON IT!