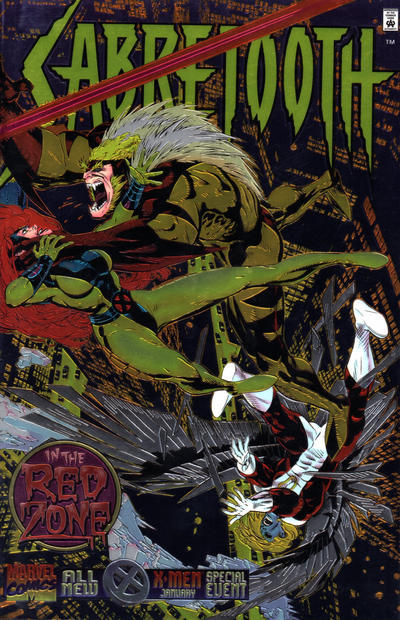 Thing about me is…I can’t sing for shit. So, why, oh, why was I in Chorus as one of my elective classes in middle school? I don’t remember, but it was probably related to my skill for procrastination affecting the classes on my schedule.

It was in this chorus class that two particularly nasty girls started making fun of me for reading the above comic book. You know the type; blond, fashionably clothed, popular, church-going girls with noses that were destined for rhinoplasty. They found it abhorrently nerdy that I would be into a comic in middle school and began calling me names for what I was reading. Then they started making fun of me for what I was writing.

Yes, I began writing and doodling my first, lengthy story in middle school, a story about werewolves, which was inspired by this comic. I made the mistake of letting these girls catch me writing it during class, and they proceeded to mock my story and my pronunciation of the word “werewolf”. Apparently, I pronounced it “woof”, and to this day I try to be ever cautious of how I speak.

One of the girls eventually apologized to me when we made it into high school and were in the school plays together. (I’m not sure why I did those plays, which were musicals, since I still couldn’t sing. Also I hate musicals.) Turns out she was actually a nice girl inside and made a distinct effort to reform her bullying ways. Not sure if she ever got the nose job.

Ooooo look! It’s a chromium cover! That means it must be worth a fortune! Despite it’s gimmicky look, we are talking about some damn exciting story-telling inside. This is one of my single favorite reads from the 90s. In this story, Wolverine’s mortal enemy Sabretooth lashes out at the X-Men after months of failed rehabilitation. It’s fast-paced with  some splendid character moments, including a particularly fascinating tussle between Sabretooth and Beast.

Condition of My Copy: Cruel words did no damage, especially with that tough chromium cover!