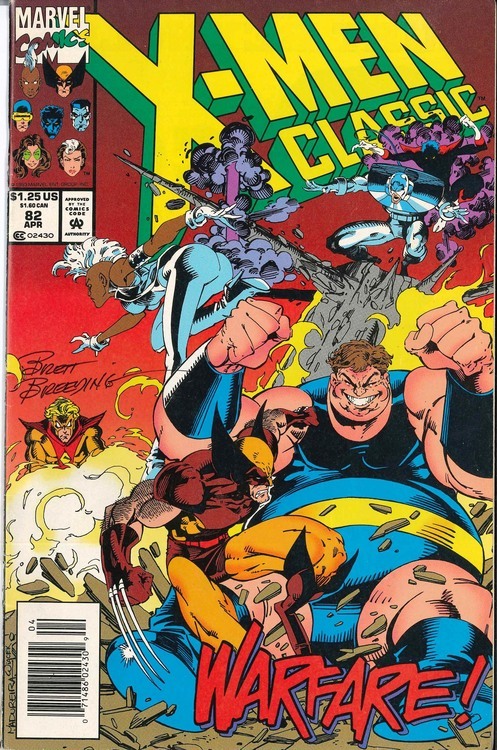 It All Started with Chicken Pox:

Here it is, my first entry for my new Tumblr! This will be a diary/journal of my life as told through the memories that are attached to each comic book in my collection. And what better place to start than the beginning with the first comic book I ever owned! It was 1993, and I was 9 years old.

I was sick at home with the chicken pox, which totally sucked. However, much of the suckage was removed because Fox Kids was showing a marathon of X-Men episodes that morning. The show was midway through its first season at the time, so Fox was giving losers like me a chance to catch up. What I saw on that television in our little trailer park would change my life.

The first episode I saw was actually the third, “Enter Magneto”. The episode began with a courtroom drama with Beast on trial, and I remember that the show was speaking to me like a grown up. I felt so mature watching. “Bailifs”, “contempt of court”, “Shakespeare”…this was unlike any cartoon I had ever seen.

Later that afternoon, my mother took me to the local drug store in Hilliard, OH around the corner from the trailer park to get some cream for my grossness. On a spinning rack near the counter were comic books, which at the time were sold at drug stores and groceries as “newstand” editions. And there, like totally right there, was an X-Men comic book with characters that I recognized because I had JUST seen them in episodes that afternoon. OMG that’s Wolverine in different colors! Holy shit, that’s Storm with a different haircut! Fuck me, that’s Blob and Pyro, the villains!

I gasped in excitement and begged my mother to buy it for me. She didn’t have much money and my medication was expensive, but since it was near my birthday and I was Mr. Sicky, she decided to drop the buck-and-a-quarter, and thus gave me my first comic book. It would be the first of…hundreds? Thousands? I dunno.

I read the thing and could feel my heart race with excitement at all the big words and fancy drawings. It was love. True love. Bordering on the unnatural and immoral.

I still have this issue today and, very recently, was able to have it autographed right here in Columbus, OH by the inker Brett Breeding, so looking at it just about makes my heart explode with memories.

Mystique has her Brotherhood of Evil Mutants distract the X-Men so she can sneak into the X-Mansion and convince her wayward foster daughter, Rogue, to return with her and be a bad guy again. Also, Kitty Pryde is kidnapped by the Morlocks who frame her death in an exceptionally bloody scene, far too graphic for a 9 year old to be seeing. This issue is a reprint of Uncanny X-Men #178

Condition of My Copy: Twenty-one years of solid lovin’