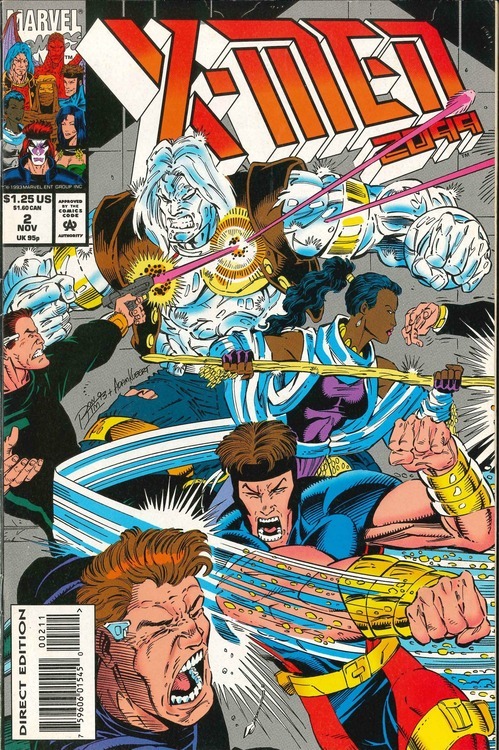 The year is 2099 and these are its X-Men. There are lots of powers, and fights, and machines, and guns. 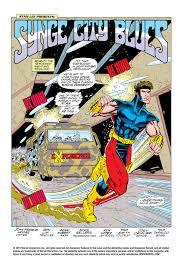 Xi’an, the new Charles Xavier or something and was wounded in the previous issue, so his body begins to develop a protective callous. 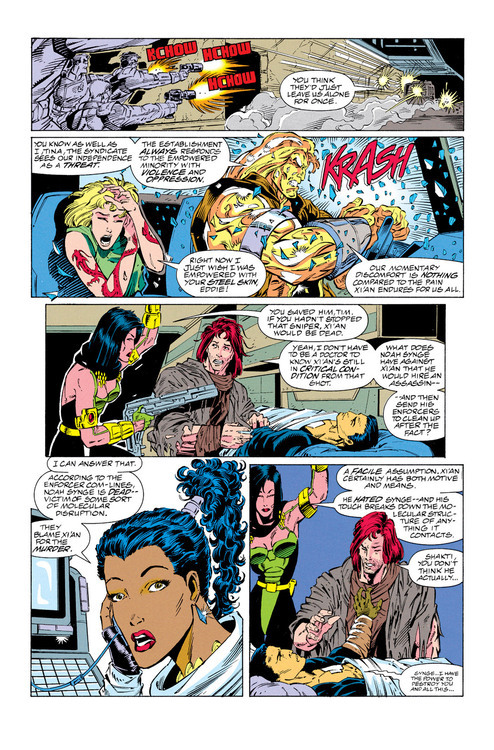 The X-Men seek out the ones responsible, but then realize that a group called the Rat Pack and a villain called Junkpile are on the approach. Attempting to protect Xi’an from the attackers, future Colossus/Warpath combo, future Storm pastiche, future Iceman/Quicksilver combo, and a gross snake lady fight against the attackers to protect their leader. Also future Archangel/Wolverine combo flies around all snarly.

I didn’t! I sold this whole series to Half-Price Books years ago! I just got this issue today! I’m at work at the library, and a patron brings in a bunch of ratty comics to donate. I send them all to the donations bin to be given to our Friends’ group, and lo’ and behold, I spot this issue, and a memory comes flooding back from when I owned it. Now, I’ll keep it forever.

When I was a kid, my mother was dating a man named Mike, who came very close to being my stepfather. I remember reading this issue on a Christmas Eve. We had a tree set up in our trailer, with some presents under it. There was one particular present, a big one, that I was instructed by Mike to not open until last.

Morning came, and I dove in and began unwrapping frantically, including the big present. It was a hamster home! A big hamster mansion with tubes and an exercise wheel and a water bottle and everything! Even I was smart enough to know this meant I was getting a hamster! But I forgot to unwrap it last, like Mike had ordered.

Chastising me for not following directions, Mike took the hamster home away from me. I never saw it again nor any hamsters, since I assume he returned it to get his money back.

I would be in college before I finally got some pet hamsters, and that’s when I found out that they are really shitty pets and I wasn’t missing much. Or was that gerbils? Oh well.

Condition of My Copy: New to me! But who knows where this thing has been…